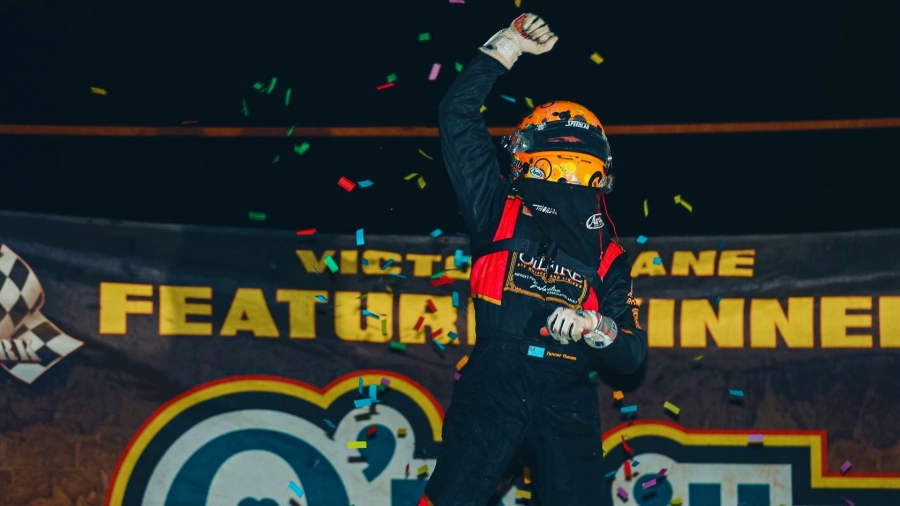 A new year and a new beginning are just the things Tanner Thorson was seeking with the outset of the 2020 USAC NOS Energy Drink National Midget season.

A highway crash last March sidelined the 2016 series champion with serious injuries.  His eventual comeback was a mixed bag of highlight reel moments as well as an up-and-down closing to the campaign that left him without a full-time drive.

A Chili Bowl prelim victory in January was just a prelude to Friday night’s splendid drive by the Minden, Nev. native that witnessed him zip to the front in spectacular fashion just prior to and following a mid-race restart where he exchanged multiple sliders with series Rookie Buddy Kofoid to snare the lead and control the final 16 laps to score the win in the series season-opening Winter Dirt Games XI feature at Bubba Raceway Park.

“We were obviously way better than we were here last year,” Thorson recalled.  “We’ve got the same package here, minus a couple little things that don’t matter…”