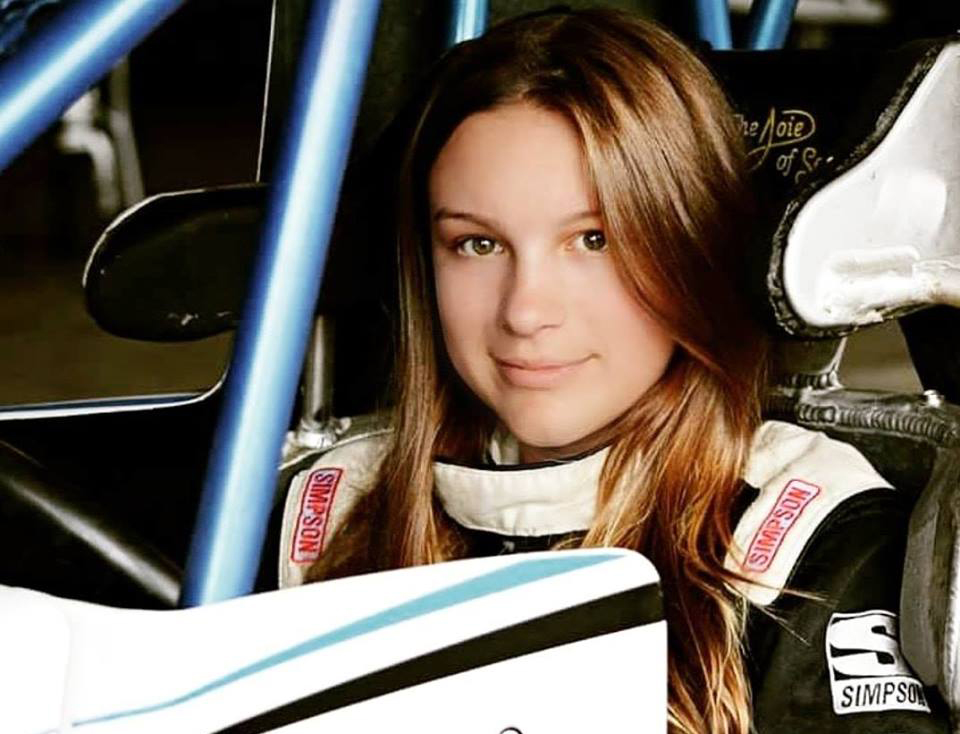 The 17-year-old from Muskogee, OK, joins Dave Mac Motorsports as a teammate to McIntosh to compete in Lucas Oil POWRi Midget action.  Bryson will pilot the No. 11b Toyota-TRD entry.

“I’m extremely excited about it,” Bryson commented.  “It’s a great opportunity, I’m looking forward to learning a lot and seeing what we can accomplish.”

Bryson makes the move from the Micro Sprint Car ranks for her first season of Midget competition after testing the Midget waters at the 2018 edition of the Chili Bowl.

With a handful years of Micro Sprint competition already to her credit, Bryson captured a Golden Driller at the famed Tulsa Shootout by racing to victory lane in the Restricted “A” Class in 2015 and then cracked the Winged Outlaw “A” Main amongst a field of 191 entries last month.

Bryson is also a past Micro Sprint “A” Class champion and Rookie of the Year at the highly-competitive Port City Raceway in Tulsa, OK.

Bryson’s first POWRi Midget racing action will take place during the upcoming “Turnpike Challenge” on March 21-24.  The four-race set in Oklahoma begins at Creek County Speedway near Tulsa on Thursday, March 21, before moving on to Oklahoma City’s I-44 Riverside Speedway on Friday and Saturday and then concluding at Tulsa’s Port City Raceway on Sunday, March 24.

Dave Mac Motorsports has fielded a Midget for Cannon McIntosh over each of the past two seasons with the young ranking among the top ten in POWRi West Midget points both seasons with a pair of wins to his credit.