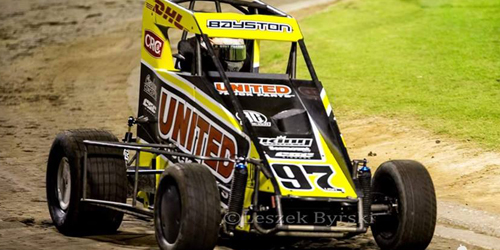 NELSON, New Zealand (January 26, 2017) – No less than 4 Americans will be at this year’s Equus New Zealand Midget Championship this coming Friday 27th and Saturday 28th January at the Top of the South Nelson Speedway.
Leading the way for the Americans will be just crowned Western Springs 50 lap winner Alex Bright, Spencer Bayston has already returned and run at the Springs last Sat night.

Also Zach Daum and Tyler Thomas are returning to our shores after all 4 competed at Chilli Bowl in the United States and before that they were all downunder for the Midget International series at Springs Speedway and Bay Park between them they have a ton of experience and will be doing their best to shut the kiwis out from stepping on the podium on Saturday night. With one of them trying to become only the 2nd American to win the NZ title following fellow American 3us Jerry Coons jnr who won the title at Western Springs in the 2010/11 season.

This is the 75th running of the title and this year Nelson Speedway has attracted a decent list of entries one of the biggest we have seen for a long time.

Leading the way for the Kiwis will be 1au Michael Pickens chasing his 7th title win and to equal Ted Tracey’s 7 title wins.

7a Brad Mosen will be keen to grab his 2nd National title after his class act dominating and winning 2 years ago in Ruapuna, Christchurch.

27a Hayden Williams is no stranger to standing on the podium and will be eager to snatch that elusive title, he almost had it at Western Springs last year only to be cruelly taken out with approximately 5 Laps remaining in the final, in one of the most bizarre championship finals witnessed with 95% of the field not finishing with 1nz Peter Hunnibell coming out on top that night.

11a Shayne Alach will be hoping to add another title to his name as he last won the NZ title in Nelson in 2008/09 so he will be one to look out for.

73n Neville Basalaj is contracted to Nelson and will know the track like the back of his hand and can’t be discounted of making the podium.

95s Duane Hickman is a hard charger and also will be one to watch.

99c Dave Kerr will be trying to go two placings better than his 3rd placing at Ruapuna in 2014/15.

And if 5a Brock Maskovich gets it all together he will definitely give the rest of the field a shake up and could be there at the end as well.

As mentioned this is a quality field and it’s all on for all money and a great 2 nights of racing and really there are so many who could take it out, there’s quite a few up and comers not mentioned they too could play a big part in proceedings and of course the Sth Island contingent that know the Nelson track well.

and the groups are as follows:

This is how the format of the championshp will be held:

All competitors will be split into five groups for qualifying, each group will race four heats, one against each of the other groups.
Heat races (12 laps)
The top 16 competitors on points after the heat races will progress to the 30 lap A Final.

All remaining competitors will compete in the B Main of 12 laps with highest points on grid one.

The top four place getter’s in the B main will transfer to complete the 20 qualifiers for the 30 lap final.

The six highest competitors on points will compete in a six lap dash, which will determine their start grid for the final, the winner having the choice of grid one or two.

In the case of a tie on points, whoever has the higher finishing position of the persons tied on points will be given the higher grid, if this cannot separate them, a coin toss will decide.

Racing commences at 7pm on both nights and SDU will be there to provide live race results of the top 5 placings in each race on both nights.

SDU Would like to wish all competitors a safe journey to and from Nelson and also wish you all the very best for the championship.